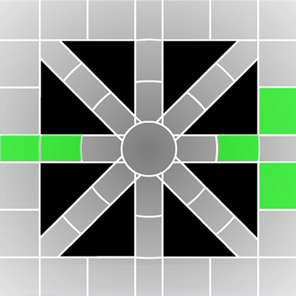 FABULAROSA -The Image in Your Mind – Recognized For High Definition Passwords by Pattern
MARIESTAD (SWEDEN) – September 10, 2011 – Kikusema AB (https://www.fabularosa.com) announced today that the FABULAROSA application has been nominated as the one of 10 European finalists for Global Security Challenge in 2011. The European Regional Final is taking place on 21st September at the Tel Aviv University.
The Global Security Challenge is the world’s leading security innovation competition, rewarding innovative startups and SMEs.
Kikusema AB is proud to present the touch-screen version for smart phones and tablets based on Android and BlackberryOS as well as on iOS (iPad).
It is a challenge to keep up with the trend of the new touch-screen devices. People do not want to use a keyboard any longer. Because such devices can easily be lost, authentication must be done in an innovative way.
Besides solutions like biometrical scanners, smart cards, and SSO, there are some ideas to create passwords by visualization. Some ideas use pattern. But is the combination amount of a 3×3 matrix from Android, or the 4×4 from Windows-8 really sufficient to protect the authentication process and user’s credentials?
„We are convinced that FABULAROSA is the Number One of pattern logins for the next generation of touch-screen devices,“ said Christine Ziske, CEO of the Kikusema AB, and she highlights:“Our aim is for it to become directly integrated into the most important operation systems like iOS, Android and Windows.“
With only ’One Image in Your Mind’; long and complex High Definition (HD) passwords are generated at the point of drawing the image without storing at all. This idea was firstly implemented in 2001 as a desktop version.
What is the innovation behind this?
Many different passwords are created by drawing only one image on a virtual ’Compass Rose’ and applying such universal concepts as colours, direction, patterns and by using the unique algorithms of FABULAROSA. The image can be also defined as a pattern login. The user needn’t recall single characters, rather patterns. Thinking in pattern and remembering pattern is essential part of human behaviour.
FABULAROSA creates passwords with a length of 850 characters taken from the UTF16 character set, containing 65,535 characters. FABULAROSA allows 1350 possible selection. All possible combinations of passwords can be calculated as 65,535 to the 1350 power.